Smoke alarms save lives. Reports have found that the risk of death in a house fire is reduced by more than half if properly maintained smoke alarms are installed.

The Fire and Emergency Services (Domestic Smoke Alarms) Amendment Act 2016 (Qld) commenced on 1 January 2017 and imposes additional obligations on property owners/managers and tenants with regards to the installation and general maintenance of smoke alarms at domestic dwellings.

If you have questions concerning the new smoke alarm legislation, email SmokeAlarms@qfes.qld.gov.au.

VIDEO: Smoke alarm laws – what you need to know in Queensland – RTA QLD

You do not need to be qualified or licensed to clean or test a domestic smoke alarm. Some real estate agents may outsource smoke alarm maintenance to another company as part of their processes. Tenancy rules permit entry for the purposes of complying with smoke alarm legislation 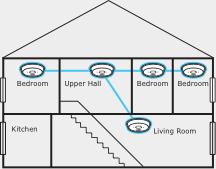 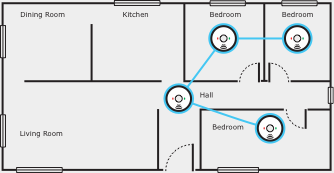 What is required by Law?

When it is time for your property’s alarms to be upgraded, those alarms must:

Any existing smoke alarm being replaced from 1 January 2017 must be a photoelectric-type alarm which complies with Australian Standard 3786-2014.

If a smoke alarm which is hardwired to the domestic power supply needs replacement, it must be replaced with a hardwired photoelectric smoke alarm.

In existing domestic dwellings, it is possible to have a combination of smoke alarms (240v and battery operated) and inter-connectivity can be both wired and wireless.

The information provided on this page is from Queensland Fire and Emergency Services website and is used for educational/information purposes only.
For more information, please visit https://www.qfes.qld.gov.au